More often than not, a great theme can help a game stand out. As much as we love Vegas or ancient Egyptian themes, we’re not overly excited if another one comes along. It doesn’t exactly stand out from the crowd. Unless it has a crazy jackpot attached to it, it’s going to feel like something you’ve played before, and here we have Esqueleto Explosivo.

Fortunately, Esqueleto Explosivo does not have this problem just like the Reel King slot. It’s got a theme we’ve only seen once! A theme which centres around the Mexican Day of the Dead! If you don’t know this day, it happens in Mexico every year to honour the dead. There’s usually a big festival worth lots of fireworks, dancing, and music.

So this is the theme Thunderick have centred their hit slot around! And we’ve got to admit we love it. Esqueleto Explosivo is Spanish for ‘explosive skeleton’, and that’s what you’ll find on the reels.

Esqueleto Explosivo has 5-reels, and 3-rows, so there are 15 symbols in the game. There are 17 paylines these symbols can line up along. Each symbol is a brightly coloured skeleton head of one colour or another. They’re 3D skeleton heads too, which is pretty impressive for a four-year-old game. It doesn’t look like a four-year-old game either. One of Thunderkick’s biggest strengths is its animations and graphics. Even four years on there are plenty of newly released games that don’t look as good. It’s a testament to the quality they bring to their games.

These heads don’t spin the way a typical slot would spin either. Instead, they fall off their skeleton body while news heads land from above. It’s a nice twist on how we usually see the reels, and more entertaining too. There’s a colourful and candlelit street with Chinese lanterns, roses, and plenty of food too! As if that wasn’t enough, the skeletons have guitars which they play and sing for you whenever you win!

Our favourite part about this games looks though are the exploding heads. Every winning pay line sees the skeleton heads explode gloriously. Not only does this make the game a lot more fun, but it’s also where the big wins are going to come from too!

The first of the big features in Esqueleto Explosivo is the avalanche features. This is when you make a winning pay line and the winning skeleton heads explode. What happens next is all the remaining heads drop-down, and new heads fall into place. This gives you another opportunity to make a winning pay line. But that’s not all; you also get an ever-increasing multiplier with each new win.

Your first winning pay line will come with a 1x multiplier attached. Then, when the heads explode a new winning pay line forms; Esqueleto Explosivo will add a 2x multiplier to that win. If it happens again, it will add a 4x, then 8x, then 16x, and finally, it will max out at 32x. Once you reach the 32x mark, it will keep giving you that until you no longer win. 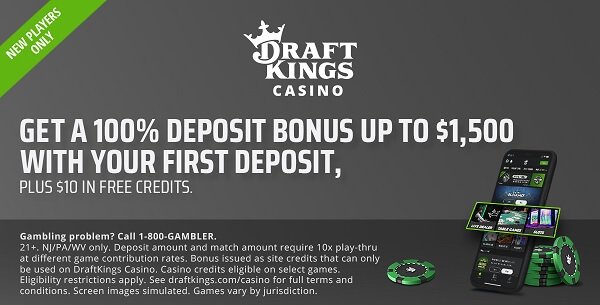 Play+ is the smarter way to access your money before you start to play. Just load your Play+ account with a bank card or checking account. No more looking for ATMs or carrying cash.

This is one of our favourite features in a slot. It’s an excellent way to build up momentum and suspense. Moreover, it feels like every winning pay line could lead to something great. Very few slots can do that! What’s also cool about this is the most common symbols tend to line up first. So as the game gets to the biggest multipliers, there tend to be many higher paying symbols around. So it snowballs pretty quickly!

Esqueleto Explosivo also has a wild symbol in their game, which is useful for the avalanche feature. You can’t miss this symbol either; it’s bright gold, is the only skeleton with a full head of hair, and of course, it has a cool pair of shades too! When this makes a winning pay line, it takes out all the other symbols around it. So it can explode up to eight other heads!

Getting multiple of these is when you start to make some serious money. They’re great at getting you through the multipliers, even if they offer small wins at the start.

It’s hard to give a truly accurate answer to how much you can win on this slot since it’s all about the avalanche. While near impossible, in theory, it could keep paying out if you don’t lose! With that said, the maximum you can win on any one spin is £43,000. To get this, you must be playing on the maximum stake of £100. Then you need to get to the 32x multiplier and hit the games biggest symbols.

In reality, the biggest wins in Esqueleto Explosivo are not from one spin. They’re off a culmination of lots of spins added together! So around 430x is the most you can win from a spin.

With that said, the game does offer an RTP of 96%. So it pays out around the industry standard.

Overall, we must admit we love this game. While we didn’t expect to like the theme, the singing skeletons and festive theme gets us in the mood. Moreover, we think the avalanche feature is fantastic. Every spin becomes a little more exciting, and there are cool animations to go along with them too!