If you have even a passing interest in Twitch casino streaming, then you have undoubtedly heard of Nick Preston. Better known online as NickSlots, this online slots streamer and philanthropist from Yorkshire, England has a loyal and dedicated fanbase and co-owner status in the popular Casino Grounds platform.

As of January 2021, NickSlots has amassed a staggering 39,500 YouTube subscribers, which is almost 8,000 more than Twitch legend Roshtein, whose career we covered in an earlier article. Preston also has over 29,500 followers on Twitch and a Twitter account with 5,600 followers. This online popularity, coupled with a stake in Casino Grounds, has granted NickSlots a well-deserved place among the Twitch gambling elite.

Read this in-depth article to find out everything you need to know about NickSlots!

Nick Preston, aka NickSlots, is a Twitch casino streamer from Yorkshire, England who specializes in online slot machines. The oldest video currently available on the NickSlots YouTube channel, SUPER MEGA WIN On Steamtower Slot, dates back to February 18, 2016. There were undoubtedly earlier videos uploaded to the platform, but they have since been deleted. Still, this early NickSlots video gives us a valuable glimpse at the streamer’s early content, which in turn helps us better appreciate the hard work and effort he put into improving his content.

NickSlots Streaming Secrets: Effort, Consistency, and Focus on the Viewer

The difference between NickSlots’ early content and his today’s offerings is night and day. Not only is his audio and video quality much improved, but the streamer has also appeared to have changed his entire persona.

In this early video, NickSlot is wearing glasses and acts noticeably shier on camera. The fun, game presenter-like persona we’ve come to expect from NickSlots streams is nowhere to be found. What does this tell us? It tells us that Nick’s charismatic, magnetic persona is a result of a deliberate, calculated effort aimed at improving his audience’s viewing experience. And that is to be applauded.

But video quality and a showman personality is only the first part of what helped him achieve his popularity. The most important element in NickSlots’ success is consistency, deliberate effort, and hard work. This is in line with what can be found from studying other streamers, such as Roshtein and NG Slot.

As of January 2021, NickSlots aims to stream for at least 5 hours at least 4 days of the week. At present, his weekly stream schedule looks something like this:

Another important factor in NickSlots’ success is his understanding of the importance of YouTube as a platform. While many other streamers simply use the platform to upload stream replays, NickSlots is much more aggressive when it comes to producing and marketing YouTube gambling content. Not only does NickSlots use YouTube to host his replays, but he also actively streams on it and uploads stream highlights to it with enviable regularity. This allows his content to be picked up by people who wouldn’t normally watch Twitch casino streamers. And boy does it pay off! This laser focus on YouTube is what allows him to have almost 30% more YouTube subscribers than casino streaming legend Roshtein, despite having ~15 times fewer followers on Twitch.

So what does constant improvement and hard work get you in the casino sphere? Quite a lot, it turns out. As of right now, NickSlot’s YouTube channel has 16 videos with 100,000+ views and 7 videos with 200,000+ views.

Nick’s most popular video is called HUGE WIN on Who Wants to Be a Millionaire Slot. It is a highlight video of NickSlots winning £2,513 GBP (approximately $3,102 USD) on the popular Who Wants to Be a Millionaire? slot machine. The video was uploaded to the platform on November 17, 2018 and has since then amassed over a staggering 297,000 views. Such high numbers are a real rarity in the gambling space. For example, if this highlight had been uploaded to Roshtein’s YouTube channel, it would be the fifth most-viewed video there. Not bad for someone with 15x less Twitch followers, isn’t it?

Like most Twitch casino streamers, NickSlots prefers to keep his private life private and does not disclose his income. However, if you have the needed experience and know where to look, an informed estimate is not too difficult to make.

Just like most other Twitch casino streamers, NickSlots has several important income streams. Let’s take a look at them all one by one.

According to IgFace, based on the size of his channel, the average NickSlots stream should earn him about $150-200 in advertising revenue, which is a far cry from the $2,700 USD per video that Roshtein earns. Multiplying that daily figure by 16 streams a month, we would get $2,400 USD. This means that NickSlots would be able to get about $28,800 USD a year before taxes for his streaming efforts.

We say «would be able» because, unlike some other casino streamers, NickSlots is yet to become an official Twitch partner. In short, this means that he does not have the ability to make any money from running Twitch ads during his streams.

But Twitch streamers get a lion share of their money from donations, right?

Guessing donation amounts is tricky as these figures can vary wildly. Wintrillions co uk reviews 2017. However, if we were to assume that NickSlots gets about 5 times as much revenue from viewer donations than he would from ads, NickSlots should rake in $120,000-200,000 a year from Twitch donations.

Quite surprisingly, the crown jewel of NickSlots’ popularity, YouTube, barely earns him anything. Unlike fellow YouTubers like NG Slot, NickSlots doesn’t appear to have much luck with keeping monetization enabled on his videos. Because of this, the earnings from his entire YouTube channel appear to hover between €101 and €400 a month, which is about as much as the streamer can lose in about 20-30 minutes during a stream.

SocialBlade statistics that show Nick’s audience statistics, as well as approximate YouTube earnings as of January 2021.

It must be noted that NickSlots also receives donations from his YouTube live streams, but we won’t count that money since all of it goes to charity. 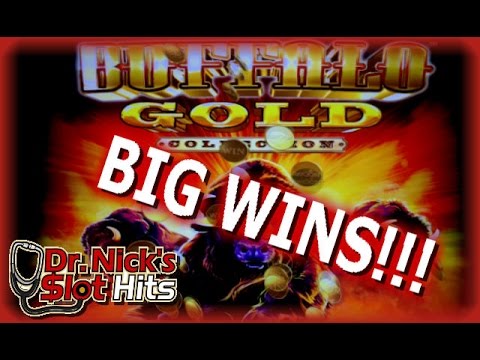 It’s not news that the way Twitch gambling streamers make the bulk of their revenue from partnerships with online casinos. As of now, the NickSlots.com website contains exclusive affiliate links to 8 casinos. Every time someone makes a deposit after registering through his links, Nick gets paid. Nick Preston is also listed as one of the co-founders of the popular Casino Grounds platform, which nets him additional income.

The reason we’ve put this section last, despite the fact that it’s clearly the most revenue-generating, is quite simply because it’s impossible to know how much he earns through these programs.

Based on a conservative estimate, NickSlots’ yearly income should be at least $200,000 USD per year. A more realistic figure is probably in the $350,000-650,000 USD per year. Major sources of revenue include partnerships with casinos and revenue from the Casino Grounds platform.

In early 2020, NickSlots stopped streaming and being active on YouTube. This prompted many people to ask what happened to NickSlots. The answer to this question was that he went on a long holiday. Since then, NickSlots has resumed streaming four times a week and uploading videos to his YouTube channel.

What Did NickSlots Say About Roshtein?

In 2016, NickSlots made a video entitled “My Opinion about fake Casino Streamers”. In this now-deleted video, he complained about Twitch casino streamers who he believed were playing on illegitimate venues and had broadcast fake winnings to gather hype around their channels. One of the figures mentioned in his video was popular streamer Roshtein. NickSlots has not commented on these claims since deleting the video.

How Much Is NickSlots Worth?

While Nick “NickSlots” Preston has never disclosed any of his financial information publicly, our most conservative informed estimates suggest that he has a yearly income of $350,000+ per year range. A more realistic figure is probably in the $500,000-1,500,000 USD per year range. Major sources of revenue include partnerships with casinos and the Casino Grounds platform.

This article was updated on 27/01/2021. We would like to thank NickSlots and his loyal fanbase for contacting us and helping us improve this article by supplying more accurate information.